The scene tree displays all the object depending their hierarchy. Objects can be multi selected with shift or ctrl and reordered with drag’n’drop.

Canvas is the place when elements are displayed. Canvas size is displayed with a white rectangle (when unselected) it will be the rectangle which will be exported. 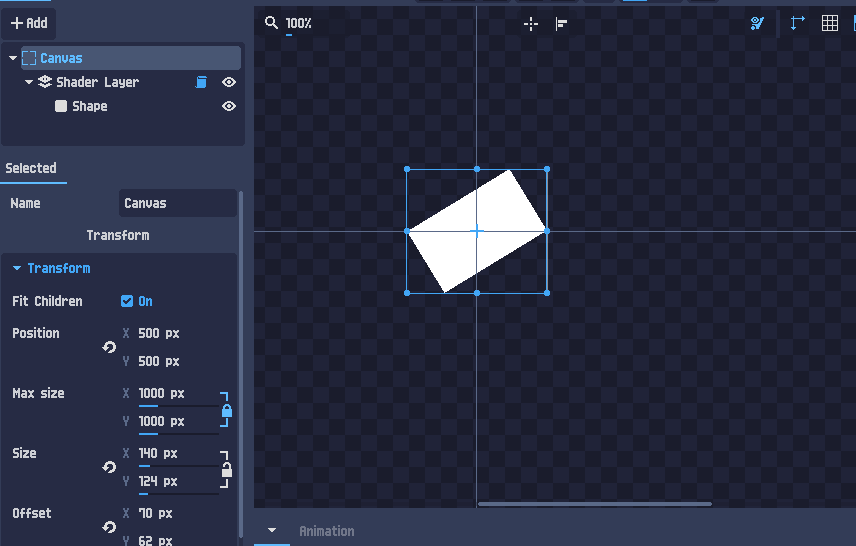 Canvas only accepts layers as children.

Layers separate objects. Also, a layer can have shader effects represented with this icon

. If the shader icon is blue, it means it is selected and the shader properties appear in shader panel. 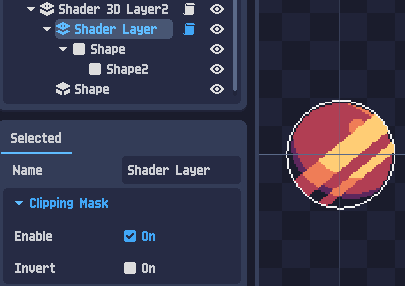 3D layer has camera properties, projection type and rotation. Some presets are already set but settings are available.

It also has settings for environment and sun light.

Shape is a simple rectangle.

Corner can be rounded to make rounded rectangle or circle.

An image is an object with an image resource.

Resampling filters are applied when image is transformed (rotated or scaled).

Gradient can be used to fill shapes, images or shader lines color.

A bone as special transform tool which help for animations.

3D container is a empty 3D object which englobe their children so it is easy to be manipulated.

3D shape can be a cube, a sphere or a cylinder.

Color of the shape can be modified.

A 3D Model is created using a mesh resource.

Scene with one or multiple 3D models. The models can be rigged and have animations. This is like a pack handled as one object so it can be easily synchronized when modified externally.

In the future 3D scene could be fully imported to be able to modify the objects and the bones.

Z Order tree shows the display order between layers depending of Z layers and hierarchy and display order of objects in each layer. 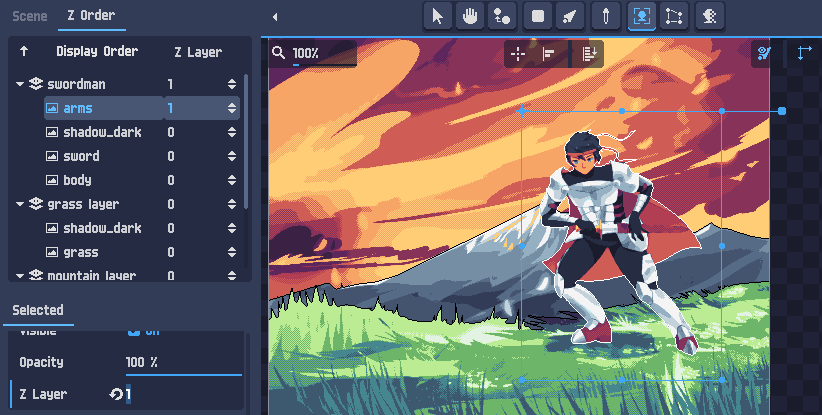